Since 2012 I have researched and written seven books on the history of Potchefstroom. Information on the two books I self-published is given.

I wrote five books on various aspects of the history of the North-West University of which were published. More information on the books is available from the university. 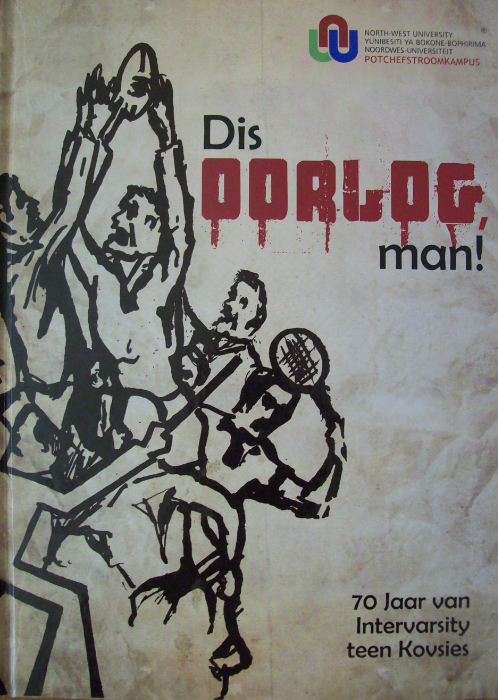 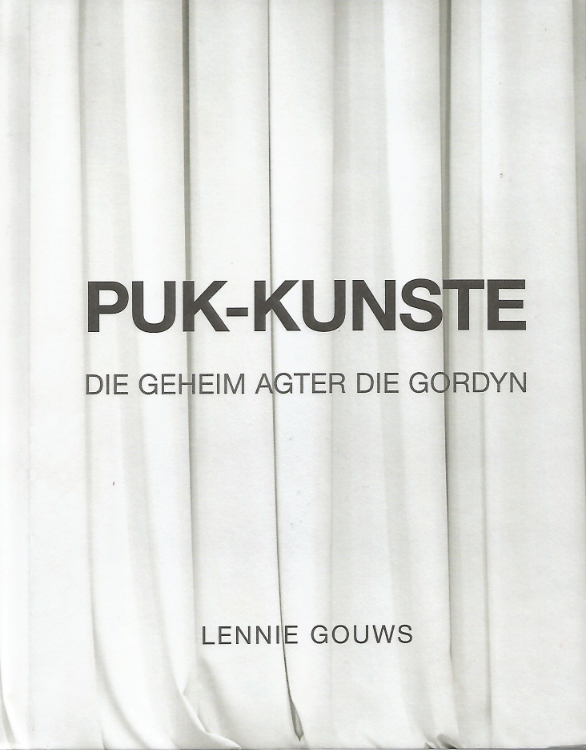 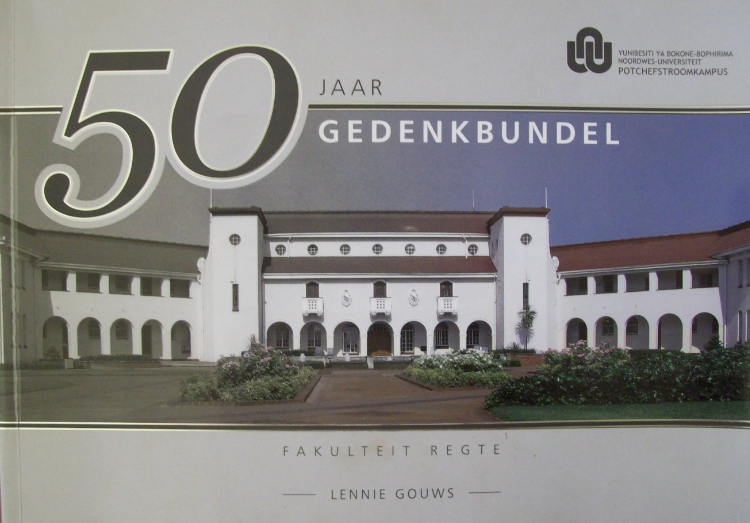 50 Jaar Gedenkbundel – Fakulteit Regte was a commission from the Law Faculty. 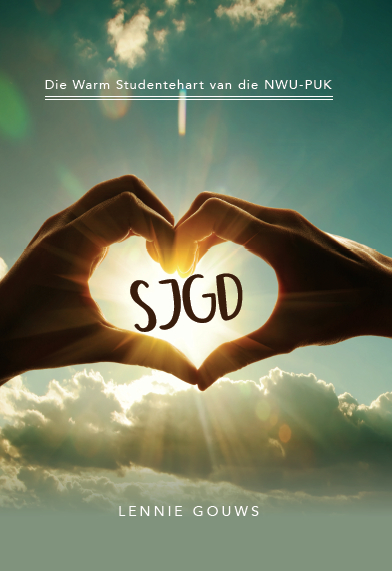 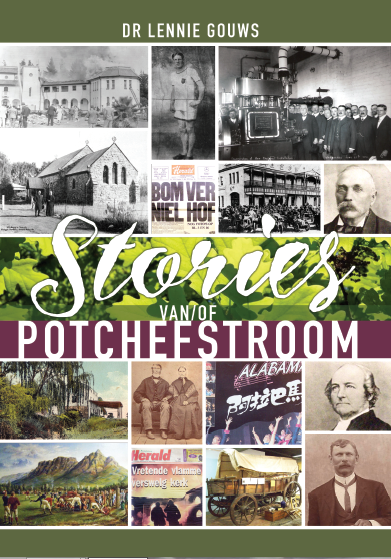 My book, Stories of Potchefstroom, can be ordered from me.

The book is bilingual with about a third of it in English, the rest in Afrikaans. A comprehensive timeline on the history of Potchefstroom, an article on interesting facts about the city and a fun questionnaire are also included.

What a splendid compilation with a profusion of information! It brings the history to life and is an enjoyable and easy read. You can be proud of your contribution to unlock large pieces of the history of Potchefstroom for the casual reader.

The shorter articles make easy reading. It is not a long-drawn, boring text.

I just paged through Stories of Potchefstroom and read here and there. Had a good laugh at some places, but realise, like good wine, it should be enjoyed slowly, piece by piece.

Stories of Potchefstroom costs R280 for residents of Potchefstroom, R380 if it is to be shipped anywhere else in South Africa and a quote will be given to overseas customers. Send an email to lenniegouws@gmail.com for banking details and more information. 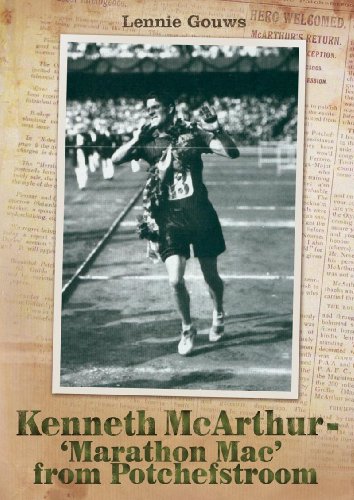 This biography on McArthur is available on Amazon.

When KK McArthur, won the most prestigious event, the marathon, at the 1912 Olympic Games in Stockholm Sweden he catapulted himself and South Africa to international sporting stardom.

McArthur was an Irish-born South African from Potchefstroom, where he worked as a policeman.

He won the marathon in an Olympic record time of 2:36: 54,8 and in second place was another South African, Christopher Gitsham.

McArthur and Gitsham set another record which still stands today, more than a century later. Since then no other country was able to produce both the winner and the man in second place in the Olympic marathon.

Another marathon record of McArthur that still stands is that he is the only marathon runner ever to have won all the marathons he entered.

In Kenneth McArthur ‘Marathon Mac’ from Potchefstroom, I tell McArthur’s story, from his early years in Ireland, how he came to South Africa, his first athletic achievements and the six marathons he participated in. It also describes an era of development of Potchefstroom, its community and what people were interested in, those days. Interesting facts about McArthur’s training schedule, his diet, athletic clothes and shoes are included. Accordingly, the biography will not only interest athletes.

The 1912 Olympic Games are described in-depth with a focus on how the athletes experienced the marathon, quite different from today. Afterwards, McArthur was celebrated as a hero in Stockholm, Ireland and South Africa.

In conclusion, his later years are explored.